A building recording of a former bake house was undertaken at the Bake House, rear of 15 High Street, Bewdley, Worcestershire. Phase 1 (early 18th century) of the building provided cooking and scullery facilities for the houses on the street frontage. This was extended to include a bakery (phase 3 – 1879; perhaps as early as 1830) with a single oven with a storage area over. This storage area was subsequently converted to a shop in phase 4 in the early 20th century. The building is characterized by the extensive reuse of building materials. This practice was carried to extraordinary lengths with bricks of different sizes being used indiscriminately and roof trusses of different heights and spans being employed. 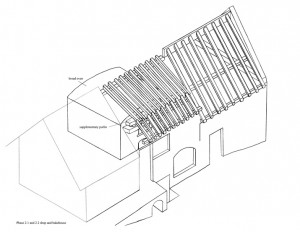 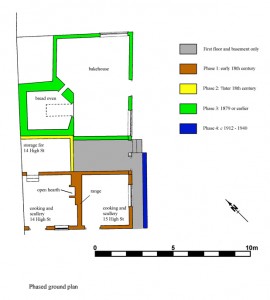 A desk-based assessment identified the site of a brick kiln adjacent to Yardley Green Road in Stetchford, Birmingham. This was established in the late 19th century when it was shown on the 1st edition Ordnance Survey map but ceased to be used in the early 20th century. The associated clay pit, within which the brick kiln was constructed, was used as a landfill site up to about the time of the Second World War. In the late 1950s a school was built on the site. An archaeological watching brief was subsequently undertaken. Unfortunately the excavations never attained a sufficient depth to encounter the brick kiln or any associated deposits. All the recorded deposits were those associated with the site’s later use as a landfill site in the first half of the 20th century. It is thought that a number of bricks recovered from the site may be associated with the brick kiln and these were recorded.

An archaeological watching brief was undertaken at Wychbury, Picken End, Hanley Swan, Worcestershire, during construction of a conservatory to the rear of the property in order to record any remains of the medieval pottery industry known to exist in the vicinity of Hanley Swan.

The excavations for the footings of the conservatory were monitored. Only one feature was recorded: a posthole probably associated with the nursery known to have been on the site from at least 1886. The only significant find was a sherd of pottery of the Malvernian pottery industry whose general condition may imply that a production site was located nearby. 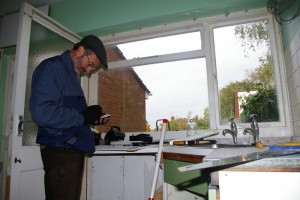 A lift gate in the bed of the Monmouth and Brecon Canal, adjacent to Bridge 106 at Gilwern, was recorded during repair works to the canal.

The Brecon and Abergavenny Canal (later to become part of the Monmouth and Brecon Canal) was built between 1793 and 1812. A similar type of gate is known from the Kennet and Avon Canal. It may be that this design of gate was employed in situations where the engineers had had difficulty with the stability of their earthworks and were taking precautions against a catastrophic failure. Reasons for gates of this design falling out of favour are not difficult to find. Once in situ, they would have been impossible to inspect or maintain without first draining the canal. Their effectiveness is also unknown although the simple fact that they were used on at least two different canals by different engineers suggests that they were not without their virtues.

Given its situation in the base of the canal it is highly likely, although, as yet, not possible to prove conclusively, that this gate is contemporary with the construction of the canal. Its original rarity is difficult to assess, although it is likely that such gates were never common. However, it seems fairly certain that few now survive. When they were built it is likely that they were experimental and untried technology, even by the standards of late 18th century canal construction. They may be considered to be the forerunners of late 20th century protective barriers such as the Thames Barrage. 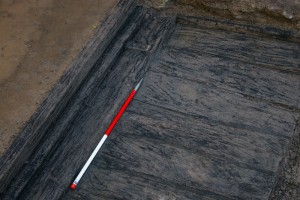 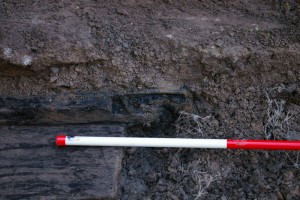 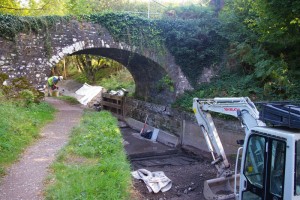 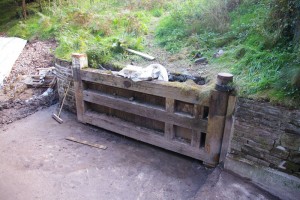